I was hunkered down in here with nothin but onions…

Things started out in Milwaulkie, middle-June. The weather was cool up there, and my booth was under a huge tent that backed up to the beautiful Milwaulkie Art Museum.

The show went great, I stayed with some awesome strangers, and saw some beautiful foggy scenery from my bike. Also saw some righteous rigs, guess people in that city love useful bikes.. 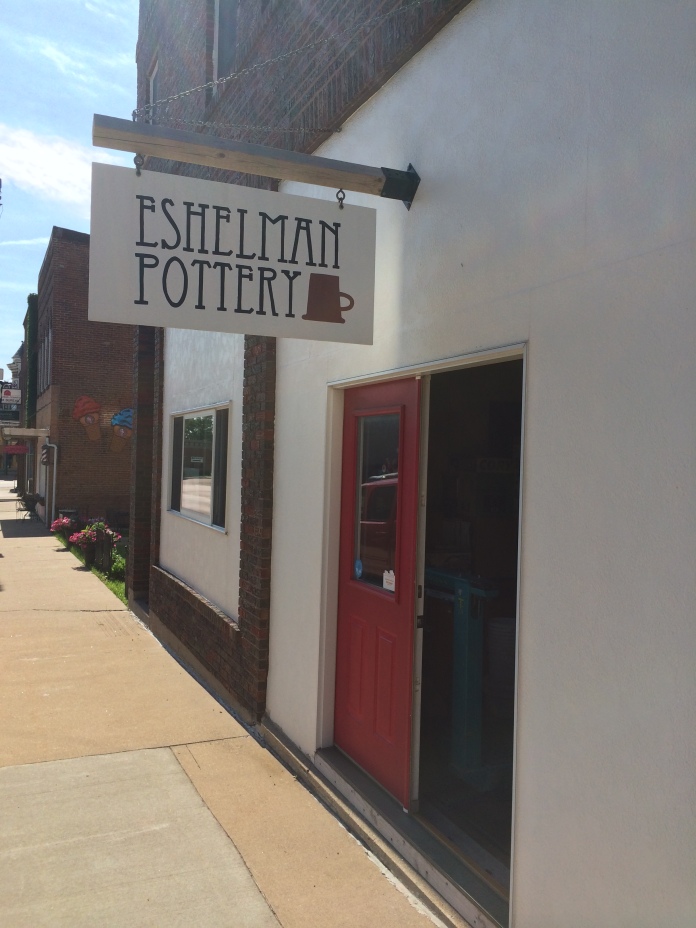 I was loaded down with 3 shows-worth of pots, and would end up in Denver, but my next stop was in Elizabeth, IL, to stay with Paul and Laurel Eshelman of Eshelman Pottery.

First off, I had no idea that this part of the country was so beautiful. Eshelman pottery is i Downtown Elizabeth, which is in the Northeast corner of Illinios, which i guess never took the blow from glaciers a hundred or so years ago, and is a beautiful landscape of rolling hills and big skies.

Paul is kind of a ninja. He has been slip-casting for 25 years or more and is a stellar designer on top of that. He and Laurel run their business just a couple blocks from their home, and employ a couple of folks including an intern in the summahs. I learned a lot about slip-casting during my stay and could learn just as much every time I return.. 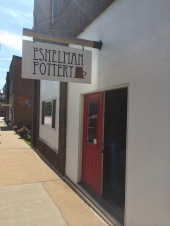 Some finished work in the gallery

Paul showing Graham something or another

set up for making mold of ultra-cal masters 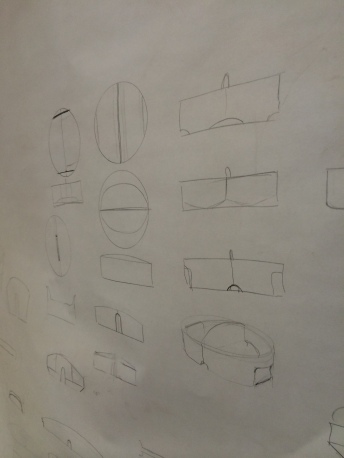 They have raised three kids on their pottery and carved out a wonderful spot in Elizabeth, IL. You should go see them, you should buy their pots. Eshelmanpottery.com. Elizabeth is surrounded by rolling dirt roads that one could ride on for days. I got some bigger tires off a buddy before I left Chattanooga and they came in very handy. Took a little overnight bike camping trip from Elizabeth to a state park nearby. The ride was perfect and the gnats were out in full force once you stopped moving until the sun went down. 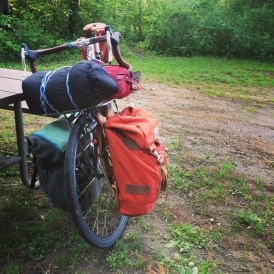 My next stop was Des Moines, IA, where I stayed with more awesome strangers. They put me up in this 8-bedroom house they rescued and renovated all themselves.

The show was alright, but it was a rainy weekend. That’s a pisser with craft shows for sure, being dependent on the weather so much. However, those who know they want to go out an buy art will still find a way to do so. That’s Paul on the right closing up his tent in preparation for more downpour. Des Moines seems like a pretty nice town, next year I hope to get out on my bike more. I ate pizza and got wet once. 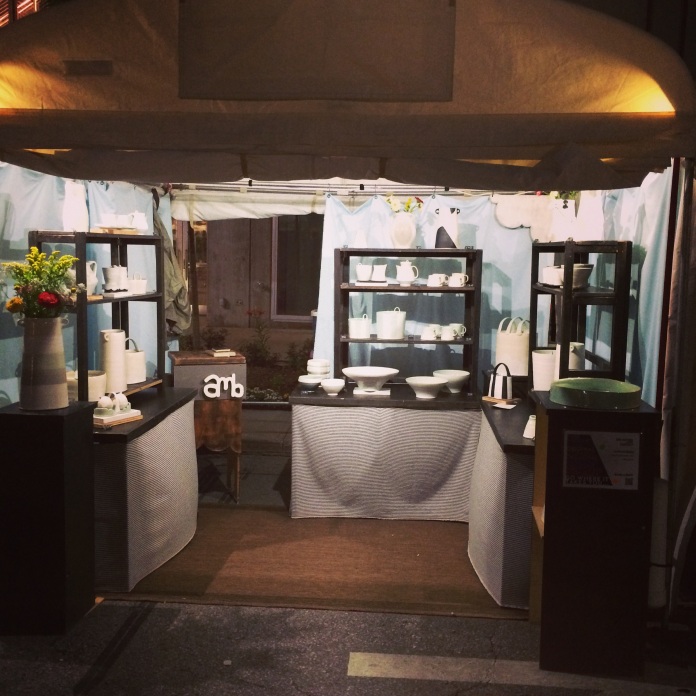 The show goes until 10 i think which is a long day but I guess I went there to sell pots so ok.

Leaving Des Moines for Denver, I drove through the worst weather I’ve ever seen. Guess there was softball sized hail and about a mile behind me a semi was blown completely over. Though the van might blow over as well. It’s loud as hell in that thing when it starts to hail..

Outside Denver I stayed in Evergreen, CO, with this rad dude Josh Bales of Dying Breeds. He is a printmaker/ leatherworker/ fabricator/ blacksmith extraordinaire. That’s a wood stove he threw together. I left with a couple beautiful belts and a burning surge of urge for one or all of his prints. 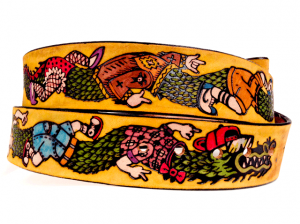 The show in Denver was alright, but I was low on pots that sell. Would love to return.

After returning home for about a week, I had to drag my ass out to Penland School of Craft to assist a three-week workshop with Leah Leitson and Susan Filley..

It was a lot of hard work as I expected, but it is such a fostering and inspiring place to be, I came away with a few new ideas..

The class was about throwing porcelain pots on the wheel, so I got to just mess around with forms, handles, surfaces, and firing processes. I cam away with a few specific ideas and the start to some new handles and building techniques.

burning all that gas again was kinda weird

class was this, dey was coo 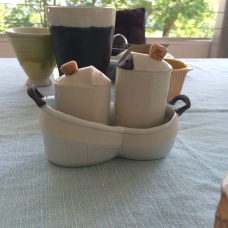 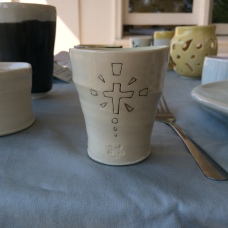 some mishima cups for mexican dinner 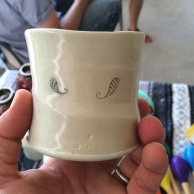 We had a project which involved making a whole setting for a dinner party- serving, drinking, and eating vessels, as well as candlesticks and condiment dishes. It looked like this

Then I came  home and now I’ve been working on new dinnerware, pots for fall shows, and slip-casting with Jessie…

Really I only have a couple traveling shows this fall, but wholesale orders for bean & bailey are picking up. AND we are part of a Chattanooga Gallery hop this weekend. AND oh yeah I will be a guest artist on a studio tour in my hometown of Murfreesboro, TN in November.

Bean and Bailey will be in Greenville, SC next weekend for the Indie Craft Parade.